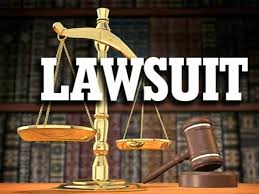 Two water companies located in the Permian Basin in southeast New Mexico have filed suit against the state Land Commissioner accusing him of infringing on water rights dating back more than half a century.

The lawsuit was filed by Loco Hills Water Solution and Steve Carter, Inc. against Commissioner Aubrey Dunn. They contend Dunn overstepped his constitutional and legal authority by creating new regulations affecting their industry according to a report by the Albuquerque Journal.

The lawsuit alleges the firms drilled water wells on state trust land in Lea County with the intention of selling the water to oil and natural gas drilling companies. The suit was filed in state district court in Lovington.

“The results of this case will have far-reaching impacts on how the (state) does business and on the future of industry in our state,” said attorney W.T. Martin Jr. of Carlsbad in an interview with the newspaper.

Dunn announced his new policy in May in an effort he said, to protect the Ogallala Aquifer. The policy limits the use of water from the aquifer for oil and gas drilling operations on state trust land. It also allows the State Land Office to charge a royalty fee on such operations.