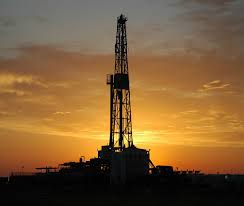 While the national oil and gas rig count dropped in the past week, the count in Oklahoma grew by one to reach 125.

Reports from Baker Hughes Co. and the Independent Oil and Gas Association showed the U.S. count fell by 4 to reach 909. In the past week, the oil rig count added one to hit 737 while the number of gas rigs fell by 5 to 172.

Oklahoma’s count of 125 active rigs compares to 441 in Texas where the count grew by 5 in the past week. Colorado saw an increase of one to reach 33. Kansas dropped 5 working rigs to hit 37. Louisiana lost three to hit 62. The count in New Mexico slipped by one to reach 67.

Of the oil plays, the Mississippian remained at 5 while the Granite Wash dropped two to reach 10 in Oklahoma. The Woodfords stayed at a dozen compared to the four rigs reported one year ago. The Permian in Texas and New Mexico added one rig to reach 379.

The Eagle Ford stayed at 65.