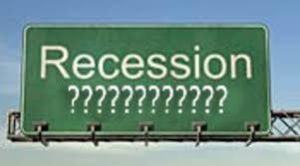 Revenue from the gross production tax on oil and gas has definitely propped up Oklahoma’s state government but a new report from Moody’s Analytics indicates Oklahoma is one of three states ‘least’ prepared for another recession.

The report indicated 15 state government don’t have enough money saved to make up for the revenue that would disappear during a moderate recession. Oklahoma along with Louisiana and North Dakota fit into the “least prepared” category.

Moody’s is not predicting the country’s about to fall into a recession anytime in the immediate future, but economist Dan White indicated it is only a matter of time.

“A concerning number of states are still substantially unprepared for an economic downtown and that level of unpreparedness will have economic repercussions if not addressed,” he wrote. “At the very least, states and local governments should be reviewing their reserve policies and checking on their adequacy following such a tumultuous fiscal period as the last decade.”

While Oklahoma was listed as one of three states considered leased prepared, others were judged to be ill-equipped for such a recession. They were New Mexico, Illinois, Colorado, New Jersey, Pennsylvania, Missouri, Kansas, Virginia, Vermont, Arizona, Arkansas and Connecticut. Moody’s made the assessments based on stress tests.