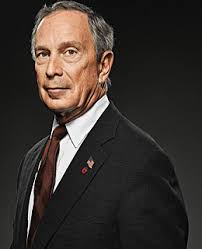 Following U.S. Environmental Protection Agency Administrator Scott Pruitt’s highly publicized declaration that “the war on coal is over,” billionaire philanthropist Michael Bloomberg affirmed his “war on coal” by going to battle against the Trump Administration’s efforts to roll back the Clean Power Plan.

During a meeting held on Wednesday at the Sierra Club’s Washington, D.C. office, the former New York City mayor announced he is committing a total of $64 million to be used by environmental groups to thwart operations at coal-fired power plants and replace the fossil fuel with clean energy, according to a report by The Hill.

The Sierra Club’s Beyond Coal campaign will receive $30 million while the rest of the funding will be contributed to the League of Conservation Voters and other environmental groups.

“The war on coal is a fight for America’s health, for our economy and our environment, and our competitive place in the world,” said Bloomberg. “And it’s a fight we’re going to win, no matter what anybody in Washington says.”

Through his Bloomberg Philanthropies organization, he has steadfastly financed the efforts of the Sierra Club’s Beyond Coal campaign since it was established in 2011. To date, Bloomberg has committed $130 million for the anti-coal movement during the last six years.

The program has experienced great success since launching the Beyond Coal campaign. The Sierra Club reports that nearly half of the nation’s coal fleet — 259 plants — have shuttered operations or intend to do so. Since President Trump’s inauguration, 11 coal plants have announced plans to discontinue operations.

More than one-third of the nation’s coal-fired electricity is either already slated to go offline or it’s more expensive to operate than natural gas. While EPA Administrator Pruitt reports a cost savings of $33 billion in compliance costs if the Clean Power Plan is scrapped, many environmental groups are skeptical of the Trump Administration’s calculations.

“This is to save American lives and save the American economy,” said Bloomberg. “This is our future, and going in the wrong direction is just needlessly inflicting pain on all of us, and it has to stop.”