Macy’s Fined Over Hazardous Waste Violations in Oklahoma and Texas 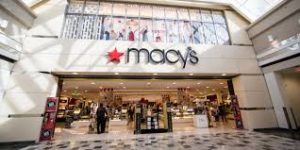 The EPA has announced a settlement with Macy’s over violations of hazardous waste regulations and as part of the agreement, training programs will be launched in Oklahoma and Texas.

Macy’s agreed to correct the violations and said it will develop a program with the capacity to train 400 retailers in the two states. It will also conduct third-party audits at eleven of its largest facilities in Texas, Oklahoma, Louisiana and new Mexico.

The company will also pay a $375,000 civil penalty and was given one year to comply with other requirements. An EPA investigation discovered Macy’s had violated the Resource Conservation and Recovery Act, the law regulating hazardous and solid wastes for several periods from 2012 to 2015.

“During these times, each Macy’s store identified in the settlement generated thousands of pounds of hazardous waste to qualify as a small-quantity generator but failed to notify EPA and state authorities,” stated officials at the Region 6 EPA office in Dallas. “Overall, Macy’s generated more than 269,168 pounds of hazardous waste from 2012-2015 for the 44 locations identified in the settlement.”

“We appreciate EPA’s willingness to use our suggestion and offer Macy’s the opportunity for a supplemental environmental project involving compliance training instead of simply a penalty,” said Oklahoma Department of Environmental Quality Executive Director Scott Thompson. “The Macy’s settlement highlights the importance of states and EPA working together on common-sense approaches that respect the needs of businesses, while still protecting public health.”