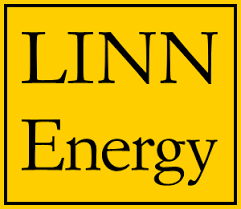 Houston-based Linn Energy Inc. likes to say it focuses its national drilling effort in the SCOOP and STACK in western Oklahoma and recently made its point with the $285 million sale of assets in the Williston Basin.

The company sold its interest on Oct. 23 in nearly 20,000 net acres in North Dakota, South Dakota and Montana to an undisclosed buyer. Linn said it’s a move into becoming a more Midcontinent-focused company. Earlier in October, the company sold $200 million in assets in Wyoming.

The sale is on top of $1.2 billion in assets sold in 2017 by the company with operations in Oklahoma City. In September, Linn had a contract to sell its Permian Basin position which the firm believes will generate nearly $31 million.  The planned asset sales total nearly 248,000 net acres.

The sales followed Linn’s step out of bankruptcy protection back in February. Since then, the company also repurchased nearly 4.3 million shares for $147 million or $33.97 a share.