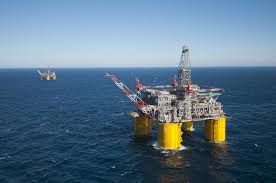 How’s this for a lease auction?  An area the size of the state of New Mexico!

The U.S. Interior Department will be taking bids on a 77-million acre lot in the Gulf of Mexico, a lot that could bring in nearly $120 million for the U.S. Treasury and states like Texas, Louisiana, Mississippi, Alabama and Florida.

More than a billion barrels of oil and 4.42 trillion cubic feet of gas could be in the region. The auction will be live-streamed in March 2018 from New Orleans.

“This is the largest sale in U.S. history and it will create jobs and bolster our state and national economy,” said U.S. Senator John Kennedy of Louisiana. “Our Louisiana workers are ready to go back to work.”