Democrats Unrelenting in Attacks on Pruitt 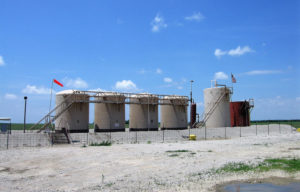 Concerns over whether wastewater disposal wells will cause earthquakes prompted officials in Lawrence, Kansas to recently call on the state corporation commission to change its rules.

The governments of Douglas County and Lawrence want changes to the state regulations after an energy company proposed to pump wastewater into wells in rural Eudora, according to a report by KCUR Radio and the Kansas News Service.

The government officials want a 60-day protest period which is twice as long as the existing rules allow. In this case, Douglas County Administrator Craig Weinaug says the county needs more time to consider the request of Florida-based Midstates Energy Operating LLC. He says the firm wants to operate two wells but the county also wants to review the request to see if there are increased risks for earthquakes and water contamination.

“We think that as government officials we have an obligation to make sure when something like this is done, it’s done in a way that it protects the public,” Weinaug said.

The concern of earthquakes around Lawrence followed protests earlier in the year of wastewater disposal wells in the Flint Hills of Kansas. But Bruce Presgrave, a USGS supervisory geophysicist at the National Earthquake Information Center in Golden, Colorado told Kansas News Service reporter Celia Llopis-Jepsen it’s impossible to predict whether a wastewater well will cause an earthquake.

“There’s no magic formula that works everywhere. That’s part of the problem.”

He said there is mounting evidence that the monitoring of wells and adjusting injection can reduce the hazard, a practice now carried out in Oklahoma following a significant increase in earthquakes in recent years.