ONE Gas Reports 3Q Growth That Results in Dividend 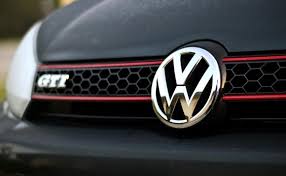 Oklahoma Gov. Mary Fallin moved this week for the state to lay claim to $21 million as part of its share of the federal government’s settlement of the lawsuit against Volkswagen for violating the Clean Air Act.

Gov. Fallin signed an executive order declaring Oklahoma as a participant in the mitigation trust agreement. The settlement created a national environment trust with money allocated for Oklahoma.

“I am tasking my chief adviser on energy and environmental policy, Secretary of Energy and Environment Michael Teague with oversight and approval of the State Mitigation trust,” said the Governor in announcing her order. “Furthermore, I am designating the Oklahoma Department of Environmental Quality as the lead agency in creating and implementing the state plan.”

Volkswagen violated the Clean Air Act when it sold an estimated 590,000 vehicles equipped with defective devices. The government contended it resulted in excess nitrogen oxide emissions released above the regulated limits up to 40 times the U.S. limit.

Under the settlement, VW was ordered to create the environmental mitigation trust. Under the trust, states, territories and federally recognized Indian tribes are allocated a portion based on the number of affected vehicles in their areas. The funding can only be used to support projects aimed at reducing nitrogen oxide emissions from the transportation sector.

“Oklahoma has an opportunity to utilize the funds for forward-thinking projects to transform markets, drive economic development and achieve significant environmental gains,” Teague said. “Our office looks forward to continuing our working relationship and collaboration with DEQ to put together a plan benefiting all Oklahomans.”