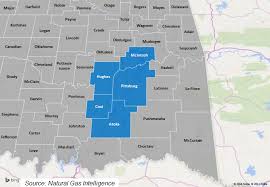 Statistics from the Baker Hughes rig count report issued on Friday revealed the Arkoma Woodford basin in southeastern Oklahoma was the fastest-growing oil and natural gas field in the country, according to a report by The Oklahoman.

The Arkoma Woodford is also known as the east STACK and has commanded the attention of several players over the past few months. In September, Edmond-based Tall Oak Midstream announced plans for a $400 million natural gas gathering and processing facility in Hughes County.