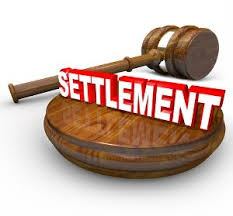 The Prague couple that filed the first lawsuit blaming energy companies and their wastewater injection wells for causing earthquakes recently reached a settlement with two of the firms.

Sandra Ladra sued New Dominion LLC of Tulsa and Spess Oil Company of Cleveland after she was hurt and her home badly damaged in the 2011 quake that measured 5.7 magnitude.

The suit, (CJ-2014-00115) was filed in August 2014 in Lincoln County District court. However, it ended up before the State supreme Court when the companies argued the case should be resolved by the Oklahoma Corporation Commission. 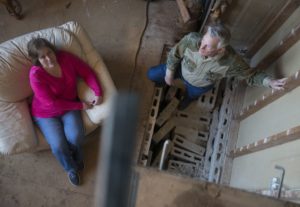 Court records indicate Ladra’s settlement was actually reached in September and the filing of dismissal of the suit “with prejudice” was Sept. 20. But terms of the settlement were not discussed.

Arkansas attorney Scott Poynter handled the matter for Ladra from day one and spoke with News 9’s Dana Hertneky.

“It’s been a long six years, it’s been very nerve wracking the conditions that we’ve had to live in,” said Ladra. “Just everybody was passing it off, it’s natural, there’s nothing nobody can do about it. After a while, I realized somebody has to get their attention and I think we did that.”