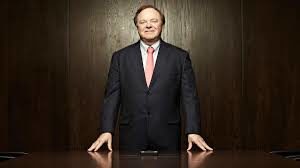 Calling it an “historic day” for his Continental Resources company, CEO Harold Hamm has announced the company’s first-ever sale of Bakken oil for delivery overseas.

The sale of 1,005,000 of crude oil from North Dakota was sold for November delivery to Atlantic Trading and Marketing which will export it to China.

In the announcement, Continental said the daily sales transactions of 33,500 barrels a day in November will occur in Cushing then ATMI will move the oil for loading on tankers at ports in Texas.

“This is a historic day for Continental and begins a new chapter in our long-term strategy to establish multiple international markets for American light sweet oil,” said Hamm in the announcement. “This new normal was created by the American shale energy revolution and the lifting of the 1977 crude oil export ban.”

He said the company expects to see similar industry transactions in coming months and years.

“We recognized back in 2015, when we were working to lift the export ban, that American light sweet oil would be a good fit for these refineries, especially in Europe and Asia,” added Hamm, founder of the company.

The oil export ban was lifted in December 2015.

The big oil sale announced by Continental prompted Hamm to predict that stabilized U.S. production and growing sales of American crude overseas will affect the Brent crude price in London.

“The current $6 discount to Brent should not exist, given the consistency and highway quality of West Texas Intermediate, as well as relative shipping costs,” said Hamm who believes the increased sales will drive down U.S. inventories and correct the disparity in prices.

“Modern modes of transport in the crude oil sector today eliminate price disparities between markets and allow free markets to work,” he added.