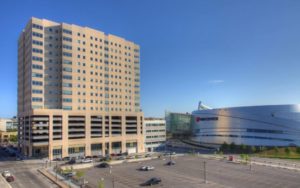 Denver-based Cimarex Energy intends to stay busy in Oklahoma’s STACK after filing and receiving 9 permits to drill at one site.

The 9 variations of  the Vince wells, located at 26 11N 8W are about four miles west of Union City. It’s there the company will explore the Mississippian, Woodford and Hunton zones.

The permits, as shown on OK Energy Today’s listing of well permits were all in Canadian county, one of the three primary counties making up the STACK.

Cimarex describes itself as a “leading exploration and production company with operations in Texas, Oklahoma and New Mexico.” The company website indicated it invested $735 million in exploration and development activities in the Permian and Mid-Continent in 2016 and plans to invest up to $1.2 billion in the same areas this year.