Activist Says Starting a Riot Was Justified to Protect the Environment 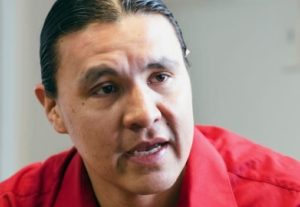 An American Indian activist charged with inciting a riot during the protests against the Dakota Access oil pipeline claims he will use a “necessity defense” in justifying his civil disobedience last year.

Chase Iron Eyes will take his argument before a judge on Nov. 3 after pleading not guilty to inciting a riot and criminal trespassing. He could face more than five years in prison if he is convicted when he goes on trial in February.

Iron Eyes, a member of the Standing Rock Sioux tribe and a former candidate for U.S. Congress says his actions prevented a greater harm and they were the only option to resist construction of the pipeline on his ancestral lands.

It will be up to the courts whether to allow such a defense. The U.S. Supreme court has called it an “open question” whether federal courts can recognize a necessity defense not provided by law.