Exxon Mobil Picks Up More Holdings in the Permian Basin 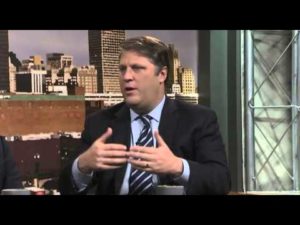 Wind supporters in Oklahoma are attacking those who want to remove certain tax exemptions for the industry, saying in effect they have put up the “Keep Out” sign to investors.

Jeff Clark, executive director of the Wind Coalition responded to a Wednesday news conference held by Norman Rep. Mark McBride and the Oklahoma Council of Public affairs accusing them of being the “Oklahoma Economic Suicide Club.”

“With paid rhetorical flair, Rep. McBride and OCPA misled the public again on the impacts of renewable energy investments in Oklahoma and called for changes that are not conservative, not business friendly and not good for Oklahoma’s business reputation or economy,” said Clark. “They called for removing the state’s sales tax exemption for wind, but keeping it for oil and gas, agriculture, manufacturers, other electricity producers and every other industry that currently qualifies to receive it.”

Clark accused Rep. McBride and the OCPA of pushing for Oklahoma “to break its word and not honor its commitment to investors who have brought more than $13 billion to the state and who have created more than 8,000 jobs.”

He warned that investors from Wall Street to Silicon Valley should take note that conservative leaders are calling for the state to withhold tax incentives already earned.

“They are calling for new taxes on investors, specifically targeting them because they are from outside the state of Oklahoma,” added Clark. “Every potential investor should ask whether Oklahoma can be counted on as a trustworthy business partner, or is the McBride/OCPA message a sign that Oklahoma is becoming a risky, anti-outsider, anti-investment state?”

He called it “unhinged rhetoric by McBride and OCPA” and said it is economic suicide for Oklahoma.