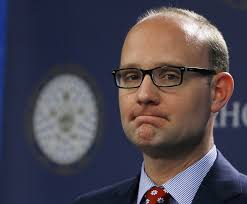 Days before the start of a special legislative session to deal with a more than $215 million budget gap, State House Democrats are suggesting a vote of the people on raising the state’s oil and gas gross production tax.

State House Democratic leader Rep. Scott Inman, a candidate for Governor says bills will be filed to give lawmakers and the voters a choice on the issue of returning the tax to a full 7 percent, according to a report in the Oklahoman.

The Oklahoma Energy Producers Alliance made the same call earlier this week as it revealed a poll showed strong support by the people to increase the tax.

Rep. Inman responded to Speaker Charles McCall’s announcement that if a cigarette tax isn’t passed in the legislative session, he would plush for a legislative ballot initiative.

During the normal legislative session last spring, Inman and other Democrats in the House were loud and clear in their push to raise the gross production tax.

“If they wanted to offer us 5 percent tomorrow, we would accept that deal. But if they choose not to, our constituents are demanding 7 percent,” he told the paper.