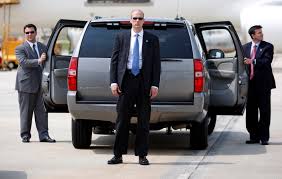 The cost of providing security and protection for Environmental Protection Agency Administrator Scott Pruitt has grown to more than $800,000 since he took office.

The Washington Post reports the $832,735.40 spent on the protection detail in the first three months for the former Oklahoma Attorney General was nearly double that of his predecessors. The paper reported the cost this week indicating Pruitt’s security costs are growing while the rest of the EPA’s budget has been cut.

Pruitt has a round-the-clock personal security detail and it has resulted in officials rotating special agents from around the U.S. whose normal function is to investigate environmental crimes. The EPA’s Office of Enforcement and Compliance Assurance pulled agents from different cities to do two-week stints in guarding Pruitt.

The added security was requested shortly after Pruitt took office in February.