U.S. Rig Count Slips by Eight as Oklahoma is Consistent for the Week 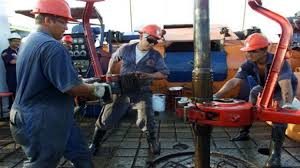 A report from the Oklahoma Employment Security Commission showed the industry, classified under Mining, showed another 500 jobs were added in August.  The July estimate had also been revised down by 300 but the sector had a total gain of 4,200 jobs in the last 12 months.

“Employment was essentially unchanged in this survey and continued claims for unemployment insurance are down from the month prior,” stated the report. “A likely explanation for the increase in unemployment is that an increased level of optimism about current economic conditions is drawing individuals back into the labor force.”

“If this estimate holds we would be only 5,800 jobs from a complete recovery by this measure,” added the report.