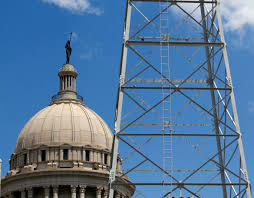 Oklahoma’s economy continued a slow recovery so far in 2017 according to a new report from the Oklahoma Employment Security Commission.

The Oklahoma Economic Indicators report for August 2017 indicated once again that the state’s oil and gas industry has played a major role in the recovery.

It noted how the state’s rig count has increased significantly compared to last year with oil-directed rigs accounting for 94 percent of the total rigs, 122 in the week ending Aug. 25, 2017. A year ago, the state had 60 active rigs.

The report showed an Oklahoma natural gas rig count in August of 8 while the national count was 99.

But the oil and gas activity helped boost the state’s Gross Domestic Product activity. However, only one of three Oklahoma metropolitan areas outpaced the U.S. metropolitan area real GDP growth in 2015. The report showed Oklahoma City’s real GDP grew at a rate of 2.8 percent to $69.7 billion and ranked 108th out of 382 national metro areas. Tulsa grew at a 0.7 percent pace to $51.6 billion and ranked 256th. Lawton grew 0.6 percent to $4.4 billion in 2015 and ranked 264th among U.S. metro areas.