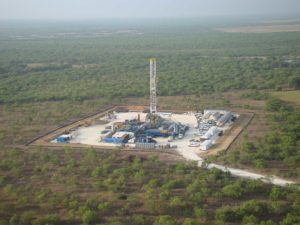 The latest large oil well to be drilled in Oklahoma’s STACK started producing more than 1,700 barrels of oil a day when it was completed in June.

Located north of state highway 3 and midway between the cities of Kingfisher and Watonga, the well’s actual production is 1,743 barrels of oil daily along with 3,015 Mcf of gas.

Marathon also reported three successful wells in Canadian County with production ranging from a low of 172 Boed to 461 barrels daily. The Barlow, 19 13N 5W is located a mile west of Piedmont road and one south of Northwest Expressway. It had a spud date of April 13 with drilling finished 13 days later and completion made in June.

Another Marathon well, the Mach was drilled two northeast of the community of Banner and located at 3 12N 6W in Canadian County. Like the Barlow, the Mach was a product of fast drilling as it took only 12 days from the reported spud date to the end of drilling in May. Completion was made in June.

The Gutierrez was the third Marathon Oil well to be drilled in Canadian county. Located a mile southwest of the C.E. Page Municipal airport west of Yukon, the well is actually located at 4 11N 6W in the county. It took only eleven days to drill, according to the reports which stated spud was made in late May with the end of drilling in early June.