Natural Gas Jumps as WTI Inches Closer to $50 on Monday 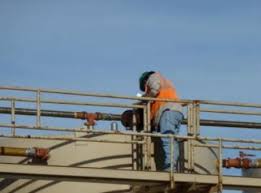 A lawsuit filed over the 2014 death of an oilfield worker near Ardmore went to trial this week in Oklahoma City federal court.

It was March 20, 2014 when David C. Simpson, 57 died as he was checking the levels in an oil tank battery owned and operated by Exxon Mobil Corporation and XTO Energy Inc. Simpson was found slumped over the open hatch of the tank, apparently a victim of potentially dangerous hydrocarbons that are emitted from the tanks.

Simpson, from South Jordan, Utah worked as a crude oil driver in Oklahoma. He died while checking oil levels and collecting oil at the Hartgraves well sites near Ardmore.

Simpson’s wife, Cynthia Simpson filed suit originally in Oklahoma County District Court then moved the case to federal court (5:16-cv-00630). Her suit blamed Exxon and XTO Energy for what happened, claiming they “knew or should have known that exposures to high concentrations of hydrocarbon gases and vapors and oxygen-deficient atmospheres during manual tank gauging and sampling poses a risk for sudden death.”

The lawsuit said the companies had a duty to maintain equipment and facilities in a condition not unreasonably dangerous to persons.

A settlement conference was held Sept. 12 but on Monday, a Magistrate Judge reported the case did not settle so the trial started and continued Tuesday. A jury was empaneled on Monday. 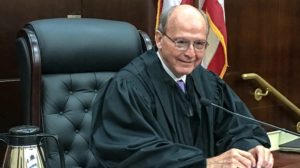 As E and E News reported, the death of Simpson is featured in a recently-produced 13-minute video on the dangers of Gas Tank Gauging by the National Institute for Occupational Safety and Health and the California Department of Public Health, Occupational Health Branch.

The video points out that from 2010 to 2014, there were at least 9 deaths associated with exposure to the deadly gases escaping when the “thief hatch” of the storage tank was opened.