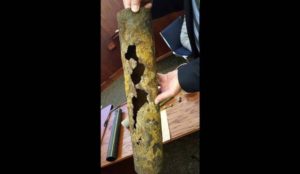 Placing an emphasis on replacing old and obsolete natural gas pipelines, the Kansas Corporation Commission made it clear this week what it expects from three gas companies in the state.

Commissioners told Atmos Energy, Black Hills Energy and Kansas Gas Services they should develop plans in the next three months to replace all bare steel and cast iron gas lines in their systems that are in populated areas, according to the Topeka Capital Journal.

The commission created what it calls an Accelerated Replacement Program as chairman Pat Apple said the dangers of corroded pipelines was one of the things “that make commissioners stay up at night.”

He cited the recent San Bruno pipeline explosion in California where the regulatory agency was held partly responsible for lack of oversight.

“Going back to what keeps me up at night sometimes, is that I’m sure in every one of these instances, people were told all of these systems are safe,” said Apple. “So we’re dealing with obsolete infrastructure. what is the plan to replace that? Can we wait until it’s 100 years old, 150 years old?”

Atmos Energy was singled out for lack of focusing on replacing obsolete pipe.

“The Commission is unable to reconcile Atmos’ claimed commitment to public safety with the dearth of action taken to remedy its expansive inventory of increasingly leak-prone,obsolete pipe,” stated the order.