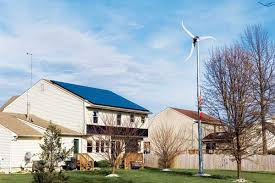 Kansans who rely on self-generated electricity from wind and solar energy aren’t happy over a Kansas Corporation Commission ruling this week.

The KCC issued an order detailing how utility companies can charge customers for what is known in the industry as “distributed generation,” meaning those customers who self-produce energy in small amounts according to a report in the Topeka Capital Journal.

Some energy activists look upon the order as a “real loss.” That’s how Dorothy Barnett, director the Hutchinson, Kansas-based Climate Energy Project looks at it.

Utility companies had argued the “distributed generation customers’ weren’t paying their share of the fixed costs of the power grid. They wanted a fee schedule that considers how those customers use the grid.

The order apparently doesn’t change what the residential customers who use solar and wind power will pay but it will allow the utilities to create a different rate class for them.

“The KCC’s order today is another step in the process just to set up so that the rates our customers are paying reflect the way they use the power grid,” said Gina Penzig, a spokeswoman for Westar Energy.