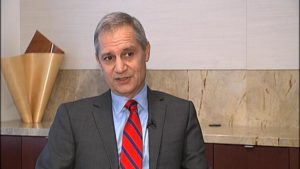 Public Service Company has run into more opposition in its $150 million rate hike being considered by the Oklahoma Corporation Commission.

On Monday, the Oklahoma Industrial Energy Consumers, an association of large energy users in the state filed testimony with the commission against the rate which is called one of the largest rate increases every applied for in state history.

“If approved, the $150 million rate hike requested by PSO will cause rate shock for PSO’s customers and will hinder economic development and job growth in those areas of the state served by PSO,” said Tom Schroedter, executive and general counsel of OIEC. He said the hike would increase rates for PSO customers by more than $100 million more than is necessary and justified to provide electric service.

“Oklahoma needs to remain competitive with its electric rates to continue to attract new business and grow existing companies,” addd Schroedter. “PSO’s increase will deter Oklahoma businesses from making new investments as PSO’s rate hike will cause the transfer of capital from Oklahoma businesses and other ratepayers to PSO’s parent company’s shareholders.”

The testimony filed by the group included that of four expert witnesses who urged the Commission to adopt more than $100 million of downward adjustments to PSO’s requested revenue requirement increase.