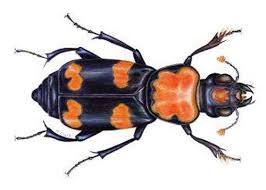 Energy and some non-profit groups have filed suit in Muskogee federal court against the federal government for failing to remove the American burying beetle from the endangered species list.

The lawsuit filed Thursday was in the U.S. Eastern District Court against the U.S. Fish and Wildlife Service against the Department of the Interior, Interior Secretary Ryan Zinke and regional officials of the Wildlife Service. The suit was filed by the Independent Petroleum Association of America, Osage Producers Association and American Stewards of Liberty.

The groups had issued a notice of intent in February that it would sue the Service for violation of the Endangered Species Act and failing to render a timely 12-month finding on an August 2015 petition filed with the agency.

“It is time for the Fish and Wildlife Service to act on the American burying beetle,” said Dan Naatz, senior vice president of government relations and political affairs at IPAA. “Since 1989, the beetle’s listing has been met with criticism for failing to provide the science-based evidence that ESA listings warrant.”

Margaret Byfield, executive director of American Stewards of Liberty made the same accusation, stating, “The Service has prioritized the radical environmental ‘sue and settle’ agenda, which seeks to add more species to the list, over the sound science proving the American burying beetle warrants removal.”

He said the government policies regarding the beetle are “a major impediment to our members fulfillment of contractual obligations to produce oil and gas for the benefit of the Osage Indian Headlight Holders and the Mineral Estate in general.”