August Rainfall Just Missed Being a New Record in Oklahoma 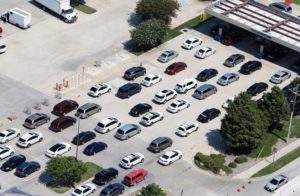 As the nationwide gasoline price average hit $2.45 entering the weekend, Oklahoma motorists and others can only wait to see if prices will rise even more and whether there will be any supply issues.

As of Friday, some Oklahoma retailers reported they were met with supply limits on their purchases while some refiners in the state had started sending gasoline south to Texas where some stations were out of gasoline. Long lines of motorists could be seen at Dallas service stations as a result of the lack of gasoline due to refinery shutdowns in and around Houston. 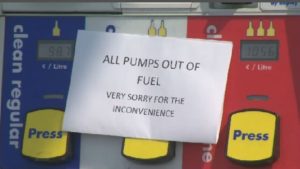 The shortages and high prices couldn’t have come at a more inopportune time because it was the start of the Labor Day weekend holiday.

Jeanette Casselano, a spokeswoman at AAA predicted prices will continue to go up.

“Consumers will see a short-term spike in the coming weeks with gas prices likely topping $2.50 a gallon but quickly dropping by mid to late September. AAA does not expect refineries to be offline for months, as early reports indicate minimal to no significant damage to Corpus Christi and Houston refineries.”

But some of those refineries could be coming back online over the weekend. And it could give the companies a better idea of what to expect in terms of damages and losses.

“The storm has had a devastating effect on the lives of so many,” said Marshall Donay, President and CEO of AAA.

By the start of the Labor Day weekend, companies had started assessing damage at six of the ten refineries that had been closed along the Gulf Coast. But several pipelines were either shut down or had reduced operations.