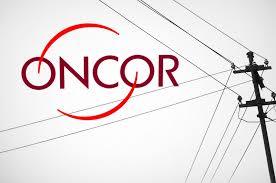 A federal court has issued a ruling that could eventually mean a new owner for Texas-based Oncor Electric Delivery.

The U.S. Bankruptcy Court for the District of Delaware approved a merger deal between Energy Future Holdings and Sempra Energy. It’s considered to be a key move toward securing new ownership for EFH subsidiary Oncor.

Sempra is proposing to pay $9.45 billion for EFH, a deal with an enterprise value of nearly $18.8 billion.

It was Sempra that knocked billionaire Warren Buffett’s Berkshire Hathaway out of the running when it topped his $9 billion bid. Sempra now intends to make a regulatory filing with the Public Utility Commission of Texas.

“Oncor is a well-managed, top-tier utility, operating in one of the strongest U.S. growth markets. We believe it will be an excellent strategic fit with our portfolio of utility and energy infrastructure businesses, while opening up a new avenue for our long-term growth,” Sempra Energy President and CEO Debra Reed said in a statement.

With more than 10 million customers in Texas, Oncor is the largest utility in the state.  Sempra is now the fourth company that attempted to buy the utility. Others were Hunt Consolidated, NextEra Energy and Berkshire Hathaway Energy.