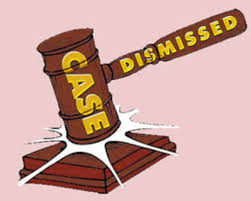 A lawsuit brought against Oklahoma City-based Chesapeake Energy by three former employees alleging the company was responsible for the loss of tens of millions of dollars in its retirement program has been dropped by the former workers.

The original suit was filed in March 2017 by David A. Scholl, Brian K. Glover and Dennis W. Vaughn. But some weeks ago, they voluntarily dismissed the suit without prejudice against the company.

They had originally accused the company of violating a federal retirement act and failing to protect their interests in the retirement program.

The suit (CIV-17-279-R) said Chesapeake executives allowed the plan to continue to offer company stock as an investment option even after they knew or should have known that the stock was artificially inflated.