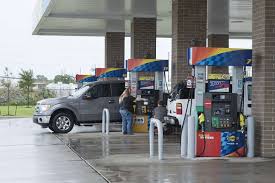 From Maryland to Texas, states have been granted emergency waives by the Environmental Protection Agency so they can ignore some clean-air requirements for gasoline.

EPA Administrator Scott Pruitt says it will ensure an adequate supply of fuel throughout the South, Southeast and Mid-Atlantic. He notified the governors in recent days saying the shutdown of about a dozen to 15 refineries and extreme weather prevented fuel-barge movement in the Gulf Coast region and justified the action.

The waivers are effective immediately and continue through Sept. 15 in Alabama, Florida, Georgia, Kentucky, Louisiana, Maryland, Mississippi, North Carolina, South Carolina, Tennessee, Texas and Virginia. Oklahoma was not included in the list despite reports that some retailers have been limited in their supplies.

It was the second emergency EPA move that came as a result of the hurricane damage. Earlier, the agency waived fuel requirements in Texas to off-road diesel fuel could be used in on-highway vehicles used in emergency response and disaster recovery.