Devon Back to Pre-Harvey Levels in Eagle Ford 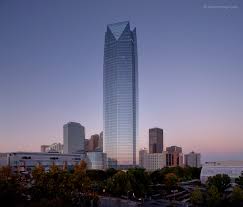 Oklahoma City-based Devon Energy is one of those firms reporting its Eagle Ford shale operations in South Texas are back to levels before Hurricane Harvey hit the region.

Devon Energy reported its production is at pre-storm levels in the play which was 63,000 boe/day in the second quarter. The total included 36,000 b/d of crude oil and 96,000 Mcf/d of natural gas.

“Post-storm inspections indicated that Devon’s producing assets and facilities sustained minimal damage. The company has now resumed production from all producing pads in the Eagle Ford.”

The company indicated it anticipated the hurricane would cut its Eagle Ford’s third quarter net liquids production by 15,000 boe/day or 0.5% from the total expected volumes for FY 2017. About two-thirds would be oil.