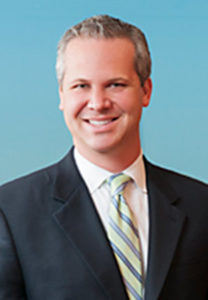 When Oklahoma U.S. Sen. Jim Inhofe and others on the Senate Environment and Public Works Committee meet Wednesday, it’ll be for a confirmation hearing for the likely next general counsel at the Environmental Protection Agency.

Matt Leopold fits the mold of Scott Pruitt, the EPA Administrator who sued the Obama administration over its Clean Power Plan. Leopold is considered to be something of an unknown in Washington energy circles although he previously had been a staff attorney at the Justice Department.

He’s now of counsel at the Tallahassee,Florida-based law firm Carlton Fields Jorden Burt. But Leopold is a believe in states’ rights and limited federal government and also critical of the Clean Power Plan rule, the regulation created to cut down on greenhouse gas emissions from power plants.

If Leopold is confirmed, he will have the job of making sure that Scott Pruitt’s rollbacks of the Clean Power Plan remain in place. He has criticized the plan in the past saying it was too expensive and “incredibly transformative” to the energy economy.

In 2016, Leopold was part of a panel discussion hosted by the Federalist Society and stated he felt the EPA had overstepped its authority under the Clean Air Act in creating the Clean Power Plan.

He said states should have greater regulatory authority because they can act more quickly than the federal government.