Bakken As Large as Permian Basin? Some Make the Claim 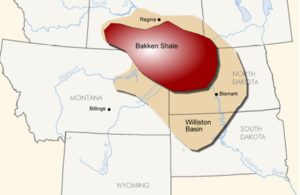 A push is underway to get the government to re-evaluate estimates of just how much oil could potentially be in North Dakota.

Continental Resources chairman and founder Harold Hamm thinks the resources could match what is in the Permian Basin of west Texas and southeastern New Mexico. He has said for years the government has under-estimated the reserves out of the Bakken and the Three Forks formations. Hamm should know. His Continental Resources company was one of the first major drillers to start exploring the Bakken and has been active there for many years.

Add U.S. Sen. John Hoeven to the list of those wanting federal geologists to reconsider the amount of recoverable crude oil in the state according to a report by the Associated Press. As the AP recently reported, a U.S. Geological Survey assessment claimed the amount of oil in the two formations could be nearly three times what the government has estimated.