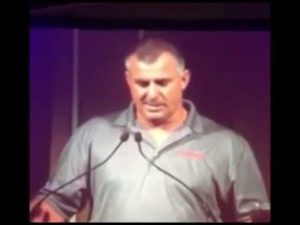 Ask William “Gilligan” Sewell, owner of 7S Oil and Gas based in Midland, Texas. He’s agreed with the Securities and Exchange Commission to pay $750,000 for misleading investors about money spent on commission payments to sales agents and expenses and for misappropriating investor funds for personal expenses.

Sewell lured investors through a network of agents and a series of YouTube videos including one where he claimed “for sure you will get some type of return because there’s no such thing as a dry hole.”

He raised nearly $7 million from at least 70 investors nationwide in 2014 through the summer of last year. While Sewell’s advertisement documents said no more than 10% would go on marketing costs, commissions and salaries, in reality commissions were as high as 35% and only 57% went toward operating the wells.

” 7S and Sewell also allegedly used more than $90,000 in investor funds to pay tuition for his children, entertainment expenses, and other personal expensesThe SEC also alleges that 7S paid out sham “royalty payments” to some investors, which led investors to believe 7S was making a return on their investment based on oil sold to an independent third party,” stated the SEC news release.