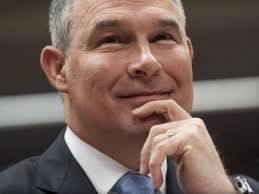 A few weeks after we told you how some national reporters and others were speculating that EPA chief Scott Pruitt was using the office as a possible stepping stone to a higher office, there has been more such political speculation.

It comes from the Tulsa World where the prospect is reported of Pruitt making a run to succeed GOP Sen. Jim Inhofe when he leaves office.

The Tulsa World article comes after Politico suggested some of Pruitt’s EPA actions were “political theater” perhaps designed to help him run for the Senate in 3 years.

Last month, Pruitt denied he was using the EPA command to eventually run for a higher office. As OK Energy Today reported, it is what he told the Oklahoman as the paper suggested a run for governor might be in Pruitt’s future.

As OK Energy Today reported July 27, Rolling Stone magazine raised some of the speculation that a higher office was really Pruitt’s intent in running the EPA.