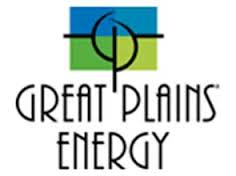 The $0.10 a share loss of average common stock in the electric-supply company compared with a second quarter 2016 earnings of $31.6 million or $0.20 a share. At the same time, the company reported losses of nearly $47 million in the first six months of the year while a year ago, it made nearly $58 million.

Adjusted earnings were better totaling $67 million in the second quarter compared to nearly $86 million a year ago.

Chief executive officer Terry Bassham blamed some of the loss in part on “milder weather” but the recent $14 billion merger with Westar Energy played a role too.

“Our recently announced merger of equals with Westar Energy provides a compelling opportunity to deliver value for our shareholders and best in class service for our customers,” he said while promising the creation of a stronger company.