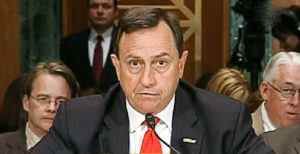 EPA Administrator Scott Pruitt can expect more questions and digging by national reporters over the man he named to head an EPA task force on Superfund sites. That’s because Albert C. “Kell” Kelly, former chairman and CEO of Tulsa-based SpiritBank has been fined $125,000 by the FDIC.

Kelly was named in May to chair the EPA task force and is considered to be a senior adviser to Pruitt, the former Oklahoma Attorney General. Kelly signed a consent agreement with the FDIC to pay the civil penalty according to a report in the Oklahoman.

The FDIC also banned him for life from future banking activities. He had been president and CEO of SpiritBank from 1990 to 2014 and was chairman from 2012 until this summer. The agency didn’t offer many details of what led to the fine and ban.

“The respondent has engaged or participated in a violation of law or regulation, unsafe or unsound practice and/or breach of fiduciary duty as an institution-affiliated party of SpirtBank, Tulsa, Oklahoma,” said the order of prohibition dated July 27. 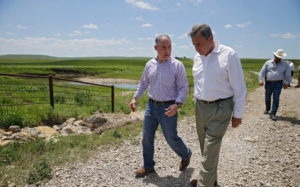 Despite his problems with the FDIC, Kelly will stay at the EPA. Pruitt’s chief of staff, Ryan Jackson toldthe paper that Kelly has received full ethics and financial disclosure training as any EPA political appointee and senior official receives.

“I have personally known Kell for a number of years. EPA is fortunate to have him as part of our team. He has already contributed immensely to the administrator’s agenda to speed up remediation timelines. He has already gained the respect of the EPA career staff, and being responsible for hiring political appointees at EPA, I was eager to report to Administrator Pruitt we had brought Kell on our team,” Jackson told the paper.

The Spiritbank has had ties with Oklahoma Corporation Commissioners. Commissioner Todd Hiett is on the bank’s board of directors, a position that longtime commissioner Bob Anthony contends is in violation of the state Constitution.

Previously, former Commissioner Patrice Douglas sat on the Arvest Bank board of directors when she was an elected state official and Anthony raised the question at the time as well.

Anthony contends the membership on the boards is a violation of Article 9 of the constitution which focuses on the oath of office and what interests a commissioner may or may not hold outside the office.