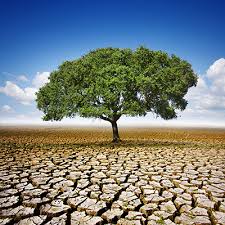 An Oklahoma State University scientist led a study of more than 60 other experts into the increase of hot droughts globally and how they affect plants and vegetation.

The study was published in Nature Ecology and Evolution and was spearheaded by Henry Adams. It explored the development of a more accurate land-surface prediction model, according to a news release from Oklahoma State University.

“Droughts are simultaneously happening over large regions of the globe, affecting forests with very different trees,” says Liz Blood, director of NSF’s Macrosystems Biology program. “The discovery of how droughts cause mortality in trees, regardless of the type of tree, allows us to make better regional-scale predictions of droughts’ effects on forests.”

Trees and forests are particularly important in this because they take up and store a lot of this CO2, and also affect their environment in other ways. One idea for improving these models, is to base forest responses on how trees die in response to heat, drought, and other climate stresses.  But progress on this has been limited by disagreement over whether carbon starvation or hydraulic failure, the inability of a plant to move water from roots to leaves, is the true cause of death in trees.

Adams and his fellow researchers found hydraulic failure to be universal when trees died, while carbon starvation was a contributing factor roughly half of the time.

“Understanding drought is critical to managing our nation’s forests,” says Lina Patino, section head in the National Science Foundation (NSF)’s Division of Earth Sciences, which funded the study through its Critical Zone Observatories program. “This research will help us more accurately predict how different plant species respond to different types of environmental stress such as drought, insect damage or disease.”

Adams explains that 99 percent of the water moving through a tree is used to keep stomata open, the pores that let in CO2, allowing it to carry out photosynthesis.  Trees respond to the stress of drought by closing those pores that let in CO2. At that point, they need to rely on their stored sugars and starches to stay alive, and could die from carbon starvation if they run out before the drought is over.

On the other hand, if the tree loses too much water too quickly, an air bubble (embolism) will form and the tree has hydraulic failure, it cannot transport water from the roots to the leaves, which becomes lethal as the whole tree dries out.  Adams and his colleagues saw that in many cases, both carbon starvation and hydraulic failure appeared to occur as trees died.  This makes sense, because the stored sugars and starches that could be reduced in carbon starvation are also important for preventing hydraulic failure.  When converted to sugar, these can act as “osmoprotectants,” increasing the tree’s ability to hold on to its water.

“It’s kind of like antifreeze in a car that keeps the engine from overheating,” Adams says.

The study’s results help link together the theories of carbon starvation and hydraulic failure, and provides a strong suggestion for how to go about improving vegetation models.

“It produced a powerful consensus view by bringing together a lot of different people with different perspectives,” Adams says.

The interdisciplinary approach served the purpose of the NSF’s “macrosystems biology” grant program.  Funding from this project supports, “predictive understanding of large-scale biological responses to climate, land-use change.”  By forging a unified theory of the most basic question – what actually kills a tree in a drought? – scientists may now focus on effective solutions.