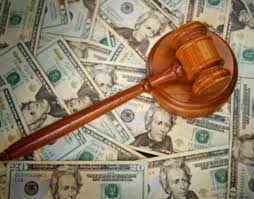 The jury deliberated more than a hour Tuesday before returning the verdict in favor of H and S Equipment Inc. of Enid and against Devon Energy Corp.

H and S filed suit in 2015, claiming its 36-year old vertical well, Coffey No. 1-14, had been damaged by hydraulic fracturing when Felix Energy was drilling a horizontal well in April 2015 in Section 15, Township 15 North, Range 10 West. The Coffey is located across the road in the SE quarter of Section 14, Township 15 N, range 10 West.

The lawsuit said the fracturing by Felix Energy, a company later acquired by Devon Energy “extended into the Plaintiffs’ Coffey No.1-14 well,ruining the well and rendering it incapable of producing oil  and gas.”

As testimony in the day and a half long trial indicated, Coffey No. 1-14 was a stripper well that produced more gas than oil. It had been in production since February of 1981.

The lawsuit asked for more than $75,000 blaming Devon Energy for “financial damage for the loss of the well and the loss of oil and gas reserves.” It accused the horizontal well driller of subsurface trespassing.

“The entry of Felix’s hydraulic fracture fluids into the Mississippian and Hunton common sources of supply underlying the SE/4 Section 14,Township 15 North,Range 10 West, Blaine County producing inPlaintiffs’ Coffey No. 1-14 and into Plaintiffs Coffey No. 1-14 was forseeable by Felix, and proximately caused the destruction of the Coffey No. 1-14, rendering the well incapable of producing oil and gas.”

The fight between horizontal well drillers and vertical operators escalated during the most legislative session.