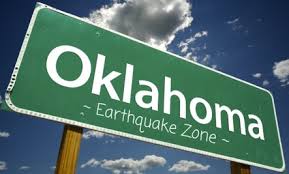 A new research paper maintains the probability of an earthquake measuring 5.0 magnitude hitting Oklahoma this year is nearly 80 percent.

That’s according to research by the University of California Santa Cruz and the Oklahoma Geological Survey as published in Science Advances.

The same research paper, according to the Tulsa World, indicates the state will not revert to pre-2009 seismicity levels by 2025.

The study also claims a similar study by Stanford University underestimated the chances of such strong earthquakes. The Stanford study put the estimate at 37 percent.

Emily Brodsky, professor of earth and planetary sciences at UC Santa Cruz told the Tulsa World, the rate of seismicity in Oklahoma appears to be decreasing.

“However, a moderate earthquake rate remains high and is expected to remain high until at least 2025,” she added.