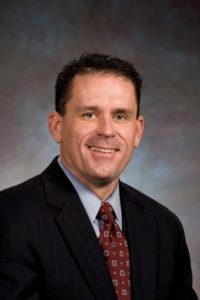 A new Senior Vice President and Chief Financial Officer has been named at The Williams Companies, Inc. in Tulsa.

John D. Chandler will take over his new duties Sept. 5, replacing Don Chappel who announced his planned retirement from Williams earlier in the year.

Chandler had been the CFO of Magellan Midstream Partners, L.P. until 2014. There, he oversaw all financial aspects for the company as it grew from an enterprise value of nearly $1.5 billion to more than $18 billion.

“John is a deeply experienced chief financial officer who is well-known in the energy markets and within Williams,” said Alan Armstrong, Williams’ president and chief executive officer. “He brings a proven track record of financial leadership and delivering shareholder value, and I’m looking forward to his contributions to the Williams team.”

Mr. Armstrong continued: “As Williams focuses on delivering predictable, low-risk growth from its unique position between growing natural gas demand markets and the best supply areas in the U.S., I’m confident John will immediately contribute to the ongoing success of our natural gas-focused business strategy.”