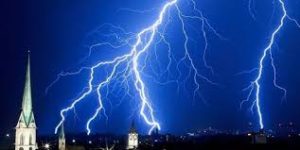 A suspected direct hit from lightning during a Tuesday afternoon thunderstorm in Oklahoma City led to the cancellation of classes the following day at one elementary school.

Classes were cancelled at the Telstar Elementary school because of the resulting power outage.

“OGE is currently replacing a power line to the building and have no idea when power may be restored,” said Beth Harrison, Communications Officer for the Oklahoma City School district. “Officials believe the school took a direct hit from the storm which will require significant repair.”

Classes are expected to resume on Thursday.