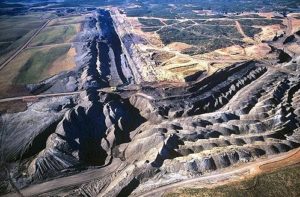 The government’s asking a Missouri bankruptcy judge to sign off on a $43 million dollar settlement with Peabody Energy Corp., the company that filed bankruptcy a few years ago.

The deal sought by the U.S. Justice Department focuses on environmental liabilities at 13 Superfund sites. Peabody came out of bankruptcy in April and agreed to pay $20 million for the Superfund site while insurers will come up with another $12 million.

Reports indicate a tax payment setoff of $11.2 million is part of the package between the U.S., Peabody and seven Native American tribes.

One of the tribes is the Navajo Nation, operator of the massive Navajo Generating Station located on the tribal land. Peabody Energy is the largest coal company in the world and operated the Kayenta Mine which is on tribal land in Arizona. The mine supplies coal to the generating station.