OCC Calls for Wastewater Injection Reduction of Wells Near Edmond

Gasoline Averages $2.13 a Gallon in Oklahoma…..5th Lowest in the Nation 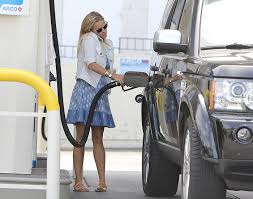 Oklahoma’s gasoline prices now average $2.13 a gallon, about the same as a week ago. They are also the 5th lowest statewide average in the U.S. according to AAA Oklahoma.

The national average price for regular unleaded gasoline is $2.35 a gallon and 23 cents higher than one year ago.

He said the silver lining is the positive effect it has on the economy as record numbers of Americans are still taking vacations and driving trips. Gasoline demand reached a new weekly record of 9.842 million barrels a day, according to the Energy Information
Administration. The EIA said the 2017 demand average over the past four weeks is nearly one percent more than a year ago.

Oklahoma’s average is up 12 cents from one month ago and 16 cents higher than a year ago.

The most expensive gasoline price is found in Clinton where the average is $2.21 a gallon. Averages in Guthrie and Altus are $2.20 a gallon.

Across the U.S., South Carolina and Mississippi have the lowest average at $2.09 a gallon followed by Alabama at $2.10 and Arkansas at $2.11.