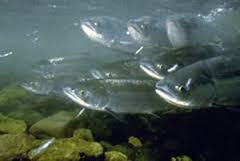 Six months after EPA chief Scott Pruitt was hit with his first lawsuit since taking over the giant agency, the case is still alive in the western district of the U.S. Courts in Washington state.

It was in February when Columbia Riverkeeper sued Pruitt over environmental concerns and claims that his climate change actions would harm salmon due to rising temperatures of the water. Other groups were part of the lawsuit including Snake River Waterkeeper, Idaho Rivers United, Pacific Coast Federation of Fishermen’s Association and the Institute for Fisheries Resources.

Earlier this month, Federal Judge Ricardo S. Martinez granted an order to extend time for the plaintiffs’ motion for summary judgement. The motion is due Aug. 30, 2017.

Earlier in the month, the EPA responded with a filing asking the states of Oregon, Washington and Idaho to “begin discussions designed to enable renewed effort on the Columbia/Snake temperature” daily loads. The EPA admitted the Columbia and its fishery are an invaluable resource that must be restored and protected.

“The issues surrounding temperature and salmon are complex and require creativity and dedication to resolve,” said Michelle L. Pirzadeh,Acting Regional Administrator at the EPA. “We believe that a cooperative approach between the signatories to the Memorandum of Agreement as well as the other parties identified—is the only viable path to completion of this important work.”

The groups say salmon need water cooler than 68 degrees Fahrenheit but rising temperatures could harm them. Their suit says water temperatures are rising as the climate heats up. And they are calling for the removal of four lower Snake River Dams which in their opinion, would dramatically decrease the temperature of the lower Snake.

The lawsuit would require Pruitt to make a plan under the Clean Water Act to protect the fish from warmer waters in the Columbia and Snake Rivers.