EPA’s Most Wanted is a National Fugitive 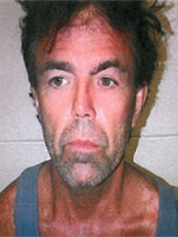 The EPA has put a Wyoming man on a national fugitive and most-wanted list for illegally dumping radioactive oil field waste in North Dakota.

The agency has a manhunt underway for James Ward, 55 who was indicted in April on wire fraud and conspiracy charges. He allegedly set up a company to dispose of filter socks used to remove sand and contaminates, some of them radioactive, from oil and gas wastewater.

The government contends the filter socks were discovered in 2014 piled in a vacant gas station in Noonan, North Dakota. Rather than taking them to a licensed landfill, Ward and a co-defendant collected $7,700 from another company for the work.

Ward had been accused of stealing a truck in Wyoming in 2010 only to be caught 3 years later in Mexico. He escaped from a private prison van while being transported back to Wyoming.