Another Transmission Line Fight is Brewing 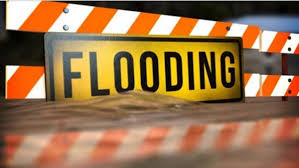 Hurricane Harvey has brought out the best from people and companies responding to the worst of situations.

Energy companies are among those making large contributions to either the American Red Cross or to other organizations and relief efforts in Houston and other cities hit hard by the storm and the subsequent flooding.

Cheniere Energy and Chevron each kicked in $1 million to the Red Cross. So is Phillips 66.

Exxon Mobil’s donating $500,000 to the Red Cross while the Caterpillar Foundation donated the same amount to the organization. The GE Foundation made a similar contribution.

The oil and gas company Range Resources contributed $100,000 while the Sempra Energy Foundation gave $75,000. Sempra is also matching up to another $50,000 in Sempra Energy employee donations.

The Southern Company Charitable Foundation plans to donate $100,000 to the Red Cross.

We reached out to several Oklahoma City energy companies and received only a response from Devon Energy’s John Porretto, Director of Corporate Communications.
“Yes, we are planning to contribute to the relief effort. At this time, our focus is on ensuring the safety and security of our employees in the impacted area,” he said in an email reply to OK Energy Today.