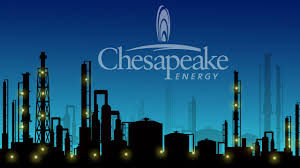 Despite $470 million in earnings compared to a loss one year ago, Oklahoma City’s Chesapeake Energy is cutting back on the number of operational rigs.

The company expects production to continue growing but it also will cut four rigs by the end of the year as it attempts to curtail expenses. The $470 million in earnings represented 47 cents a share while a year ago, there was a loss. Chesapeake is running 18 rigs but will reduce the number to 14 by the end of the year, a move prompted by the drop in energy prices.

While oil prices ranged from $45 to $50 a barrel, Chesapeake’s average production expenses for the quarter were $2.92 per boe. Toss in General and Administrative expenses of $1.45 per barrel and you have a second quarter average of $4.37 a barrel. The $4.37 expense is up 7 percent compared to a year ago and 4 percent more than the previous quarter. But, gathering processing and transportation expenses for the quarter also averaged $7.44 per boe, a 7 percent drop in the past year.

Chesapeake’s revenue rose 41 percent to $2.28 billion for the quarter while its adjusted revenue was $1.28 billion, better than expected by analysts on Wall Street. Higher commodity prices for production and energy hedging were credited for the revenue gains.

The revenue gains came from higher commodity prices for production and energy hedging.

“Despite our anticipated growth, we are actively managing our 2017 capital program to the highest-return investments in our portfolio or reducing spending in certain areas altogether,” explained Doug Lawler, Chesapeake’s Chief Executive Officer.

He said the 2017 capital program has been “focused on restoring our cash flower generating capability, improving our margins and growing value.”

Improving the balance sheet is his number one priority. The belt-tightening comes even as Chesapeake’s assets are reported to be delivering improved well results, thanks to longer laterals and enhanced completion techniques.

“We expect our total production to move higher throughout the year, driven by large turn-in-line projects underway in the Eagle Ford, Utica and Powder River Basin operating areas,” said Lawler.