Williams Cos. Donates $500,000 to Hurricane Relief 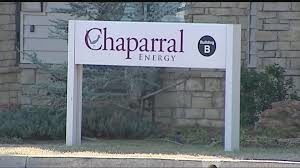 While nearly a dozen oil and gas companies joined with the Oklahoma Oil and Gas Association in launching a blood and donation drive for hurricane victims, one other Oklahoma energy company is doing what it can.

Chaparral Energy has joined the cause to help those left homeless and living in shelters.

“We have set up an option for employees to voluntarily donate to the American Red Cross and Chaparral will be making a dollar-for-dollar company match for those donations,” stated Brandi Wessel, manager of Corporation Communications.

Before he was named chief executive officer this year, Reynolds worked for other oil and gas companies and served on the board of directors of several nonprofits in Houston. He joined Chaparral in 2011 after previously working for Devon Energy and Burlington Resources and Mobil Oil.