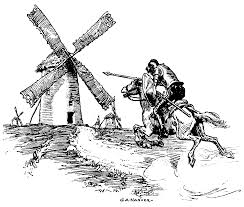 State Attorney General Mike Hunter has come out in opposition to PSO’s plans to build the nation’s largest wind farm in the Oklahoma Panhandle.

In a motion filed with the Oklahoma Corporation Commission, the attorney general said the utility failed to follow competitive bidding rules and show a need for new electrical generation from the $4.5 billion Wind Catcher Project near Guymon. The project involves not only construction of 800 turbines but a 350-mil transmission line to move electricity to PSO customers in four states. Southwestern Electric Power Co. is a partner in the massive project.

He is asking the Commission to dismiss a preapproval case for Public Service Co and if not, then make the giant utility pay for his agency’s costs to represent Oklahoma consumers in the matter.

“The Attorney General’s full participation is essential, as PSO’s customers are at risk to bear the $1.36 billion cost of the Wind Catcher project if the commission grants PSO’s requested relief,” stated the motion.

The wind farm is already under construction. PSO has already filed for a $156 million rate hike in June which would bump average residential bills by $14 a month if approved. The Attorney General contends the combination of the pending rate hike at the Wind Catcher request could mean a $250 million annual rate high by 2021.

“This proceeding should therefore be dismissed and commission review deferred until the Wind Catcher Project is in service and can be evaluated holistically with the rest of PSO’s operations,” the motion said.

PSO is defending the project naturally, stating it will save money for customers and promote investment in Oklahoma.

“We believe the commission will allow the case to move forward and ultimately support the project moving forward so these benefits can be realized,” the utility said Monday.must be completed in a time frame that wouldn’t be feasible with the process required by the competitive bidding rules,” PSO said in its statement. “Additionally, adherence to the competitive bidding process wouldn’t be feasible due to the unique nature of the project and lack of comparable options in the market.”