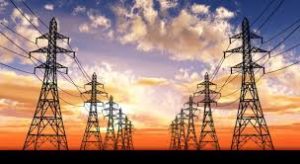 Westar Energy and Great Plains Energy in Kansas are trying it again. They’ve announced an amended agreement to form a $14 billion utility with headquarters in Topeka and Kansas City, Missouri.

In the early-Monday morning announcement, the boards of directors of the two unanimously approved a revised transaction. There’ll be no exchange of cash and instead, be a stock-for-stock merger of equals.

The latest proposed merger comes after the Kansas Corporation Commission voted in April to deny the companies $12.2 billion deal. The KCC stated in May that the two firms would have to make a new merger application. So they have.

Under the newly-proposed agreement, the new combined company will provide electricity service to nearly 1 million customers in Kansas and about 600,000 customers in Missouri.

“We are confident we have address the regulatory concerns with our originally proposed transaction,” said Mark Ruelle, president and chief executive officer of Westar Energy. “We appreciate the Commission welcoming a different way to combine these two companies, preserving the unique value available only through this particular business combination.”